A Quiet Life During an Emergency 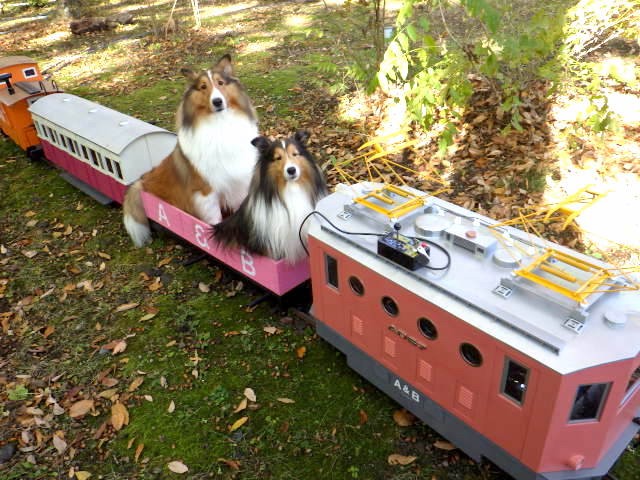 The world seems to be in a state of great turmoil, but as I never really meet people in my daily life, it hasn’t affected me all that much. I don’t need to wear a mask. Every day I play with my dog, and work a little more on a model airplane or garden railway. I began working from home 15 years ago, and now I only meet around 10 people in a given year. I never ride the train or bus. I never eat meals with other people, and even with my family we usually eat separately. I don’t go out shopping. Since February, I usually leave the mail-order boxes for about two days, or I make sure to disinfect them before opening.
As I wrote in an essay before, the jam-packed trains you see in a city can be seen as machines that help cultivate a pathogen. Even when I commuted to work at a university, I would drive a car or ride a bicycle. It was a habit for me to shut myself in my research lab without seeing anyone. I had to ride the train for business trips, but I could always smell the crowds in the air. It felt like danger could strike at any moment on the trains in Tokyo.
Fifteen years ago, I quit my job at the university in order to escape the packed trains and crowds. I moved to a place that had a low risk of floods and landslides, as well as being far from any nuclear power plants. I would often suffer from colds while in city, but I have never once had a cold since moving to the countryside.
There is nothing I particularly want to write or say. I am only writing this because I was asked to do so. On second thought, there is one thing I would like to say. Someone has most likely already pointed this out. The mortality rate is generally calculated as deaths ÷ infected, but wouldn’t it be more accurate to calculate it as deaths ÷ (recoveries + deaths)? While the number of infected continues to rise, we still do not know how many will recover and how many will die from the virus.
From my perspective, people are too connected. They are too close even with social distancing, they have too many parties and ceremonies and festivals, they become too rowdy after drinking. It was all too much for me, and so 15 years ago I had no choice but to declare a state of emergency for myself. As a result, I can do whatever I want every day. If you want freedom and stability, you have no choice but to think of how to achieve it on your own. I don’t seek to criticize anyone, nor do I want to say Japan itself is somehow in the wrong. I simply wanted to live alone, far from the populace and Japan.

(The perfect insider), and has written across a broad array of genres, including mystery, science-fiction, and nonfiction essays. His most recent work of fiction is

(How did Catherine Cooper have a child?), published by Kodansha Taiga as part of MORI Hiroshi’s WW series. His most recent work is

(Thinking everyday in the forest 4), published as part of a collection of essays in his daily blog. For more information, visit his homepage MORI Hiroshi’s Floating Factory (http://www001.upp.so-net.ne.jp/mori/).